‘Solution 13 is a band hailing from Oulu, Finland, and operating between rock and metal including the best of both worlds in their music. The band features former and recent members from bands like Poisonblack, Afterworld, Liverbox, Mengele, National Napalm Syndicate, and Bleeding Utopia (Swe), etc. Originally the band was already formed back in 2000 and it released its debut album simply called Solution 13 (2003) through a small Finnish indie label Low-frequency records, but split up soon after that, while all the members were busy with other musicals projects. The new album was recorded at Oulu during summer 2020 and it was mixed by Kari Vähäkuopus (Catamenia, Burning Point, Poisonblack, etc.) and mastered at Finnvox studios by legendary Mika Jussila (Nightwish, Children of Bodom, Stratovarius, Amorphis, etc.). 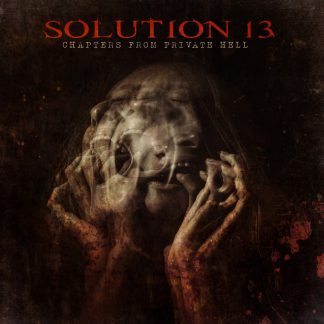