OLD FOREST – Back Into the Old Forest

Amongst the true fans of early 90s Black Metal, the release became something of a collectible item – However, the original label has been un-cooperative concerning further pressings.

In 2019, the band decided to re-record the album in its entirety, with the original drummer, using the same studio & equipment as the first time, in order to bring control ‘Back Into the Old Forest’ 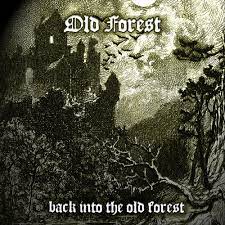