Knocked Down – Anything But Luck

‘Knocked Down is a Skate Punk / Pop Punk trio formed in late 2016. The band released their first EP in 2017 and released their first full length in late 2019. Knocked Down has since signed with the Italian label “WormHoleDeath” and Plans on re-releasing their debut album in 2020. The band has been busy working on lots of new material and has plans of releasing their next album by the beginning of 2021. 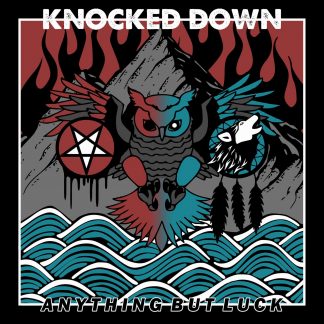 You're viewing: Knocked Down – Anything But Luck $24.99
Add to cart