A completely updated, rerecorded, and reproduced album, ‘STARSCAPE 2.019’ is the new and improved rendering of EWIGKEIT‘s 1999’s album ‘Starscape‘ ;

Symphonic Ambient Black Metal to blast you through the stratosphere into the deep bleakness of uncharted space… Either for people who remember the incredibly raw original, or interested fans of late 90’s era Dimmu Borgir, Emperor, and Therion!

Be the first to review “EWIGKEIT – Starscape 2.019” Cancel reply 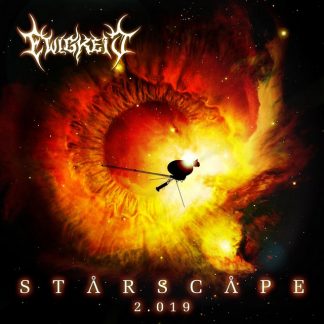