India thrash war machines AMORPHIA’s debut assault “Arms to Death” is 100% old school bestial aggression. This merciless onslaught of pure thrash metal has received glowing reviews from all over the globe. “Arms to Death” is an auditory assault of 8 songs depicting necromantic prophecies, different types of warfare and war’s effect upon the world (prison, death, etc.) For fans of SODOM, KREATOR, and ACCUSER.

Be the first to review “Amorphia – Arms to Death” Cancel reply 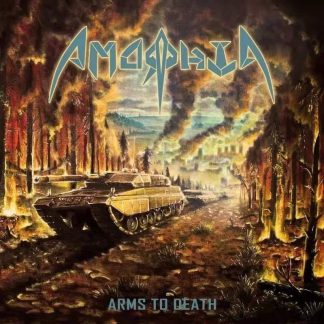