SPIRALSEA is a Dutch Thrash Metal band from Groningen, founded in 1989. The guys released a 3-track demo in 1991. At that time, they had already begun to challenge more technical and progressive music. In 1993, SPIRALSEA finally released their debut full-length album “Essence”, which contains some amazing riffs and more diverse arrangements, the uniqueness of the band is fully demonstrated. The album has also been well received by magazines such as Aardschok, Watt, and Rockhard. Nearly 30 years later, Awakening Records will officially reissue this great album for the first time, including a lot of unpublished band photos, posters, lyrics, and liner notes by an original band member. Dedicated to all maniacs obsessed with Old School Thrash Metal!

Be the first to review “Spiralsea – Essence” Cancel reply 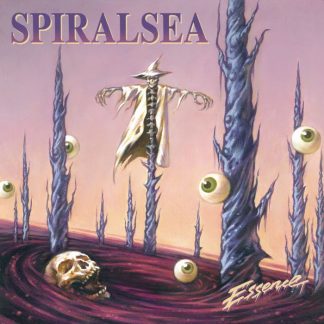