“Zero One” is DEIMLER’s first musical offering to the Gods of Death. “Zero One” was mixed, produced, and mastered at Moontower Studios by Javi Félez. Guitars, bass, and vocals were recorded at Hell House Studios, while drums were recorded at Moontower Studios. This deep-dive into the reality-defying, multidimensional death metal that DEIMLER crafts were composed between September 2019 and April 2020. Exploring lyrical themes that extend into the multiverse and comment on the shared relationship between planes of existence, “Zero One” is a formidable installment of conscious-bending, futuristic themed sonic blitzkrieg.

Be the first to review “Deimler – Zero One” Cancel reply 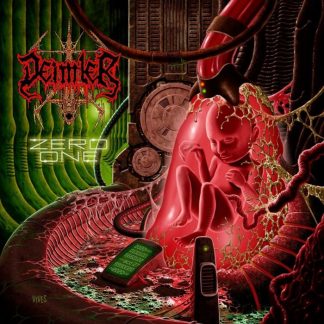