Pandemic Outbreak – Skulls Beneath the Cross

Death/Thrash metal band PANDEMIC OUTBREAK was formed in Gdansk, Poland at the end of 2014. The band launched two killer EPs, “Rise of the Damned” and “Collecting the Trophies” in 2016 and 2018. Now, it took almost two years to create their debut full-length album “Skulls Beneath the Cross” in the basement of the Industrial Building. Also, the album is a tribute to Florida’s old-school death metal and Polish extreme metal scenes. One of the underground extreme metal masterpieces not to be missed in 2021! 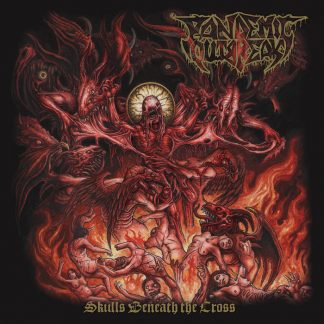 You're viewing: Pandemic Outbreak – Skulls Beneath the Cross $19.99
Add to cart