Hailing from Eastern Antioquia (Colombia), OSSUARY was born driven by a passion for death metal in 2012. In the almost ten years since the band was founded, they have released two full-length albums and now a new album with 11 tracks has been created. The album has both classic and traditional elements of the North American style without neglecting the European scene, with lyrics based on the themes of death, horror, and lust. Dedicated to all fans of old-school death metal! 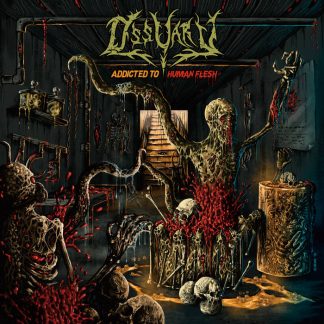 You're viewing: Ossuary – Addicted to Human Flesh $19.99
Add to cart