‘BELETH is an extreme metal band hailing from the east coasts of Australia.
Their music delivers a dark, heavy, driving punch, with an element of groove, catchy riffs, and ferocious, guttural vocals.
Influences come from a large and diverse background of metal sub-genres, which can make it difficult to pinpoint a specific
category to their sound.

BELETH are set to release their debut album titled Silent Genesis, on Friday, June 25th, with Wormholedeath, Narcoleptica
Productions and Scorched Earth Records, as both CD and digital download.

The intro/opening track off the album titled Thirteenth Spirit/Silent Genesis was pre-released at the end of 2020. Since its
release, BELETH has been receiving enormous positive feedback and a continually expanding fanbase. This is reflective in the 1000+ streams from over 30 different countries, on Spotify alone, in just the first month of its release.

Be the first to review “Beleth – Silent Genesis” Cancel reply 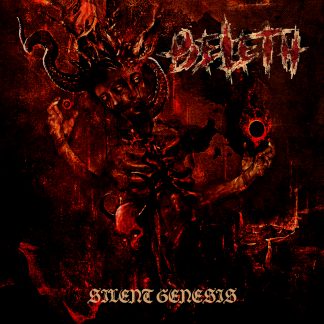